It is celebrated annually of the first day of New Year on the modern Gregorian calendar.

New Year is the most celebrated public holiday. Many cultures celebrate the event in some manner. Many people do good things that day because they think if the first day of New Year is nice to us then the whole year will be good. 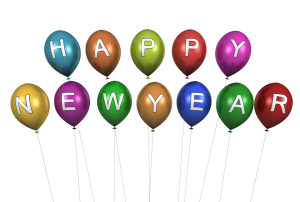 It is observed with fireworks at the stroke of midnight as the New Year starts in each time zone. Many people celebrating New Year in the company of loves ones involving traditions meant to bring luck and success in the upcoming year. Many cultures celebrate this happy day in their own unique way. New Year involves champagne and a variety of different foods, feasting, confetti, noise maker, and concerts, common traditions include attending parties.

The early Roman calendar designated March 1st the New Year. The calendar had just 10 months beginning with March. The first time the New Year was celebrated on January 1 was in Rome in 153 BC, In fact the month of January did not even exit until around 700 B.C, when the second king of Rome Numa pontilius added the month of January and February. The New Year was moves from March to January because that was the beginning of civil year. 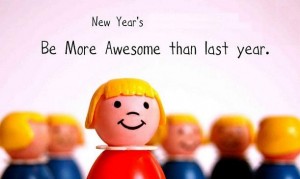 Be more awesome than last year.

This is the beginning of anything you want.

I wish you to have a

Have a Great Year

I hope that in this year to come,

Because if you are making mistakes,

Then you are making new things,

Pushing yourself, changing your world.

And most importantly you’re doing something.

Year’s end is neither an end nor a beginning

But a going on with all the wisdom

That experience can instill in us.

A New Year is like a blank book. The pen is in your hands. It is your chance to write a beautiful story for yourself.