Thanks giving day is an important public holiday. It is annually celebrated on the fourth Thursday of November in United States. It originated as a harvest festival. Thanksgiving has been celebrated nationally on and off since 1789, after a proclamation by George Washington. It has been celebrated as a federal holiday every year since 1863. When during the American civil war, President Abraham Lincoln proclaimed a national day of “Thanksgiving and praise to our beneficent father who dwelled in the heavens” to be celebrated on the last Thursday in November. Together with Christmas and the New Year, Thanksgiving is a part of the broader holiday season.

The event that Americans commonly call the “first Thanksgiving” was celebrated by the pilgrims after their first autumn harvest in new world in 1621. This feast lasted three days and as accounted by attended Edward Winslow, it was attended by 90 Native Americans and 53 pilgrims. The New England colonists were accustomed to regularly celebrating “Thanksgiving day” of prayer thanking God for blessings such as military victory or end of a drought. 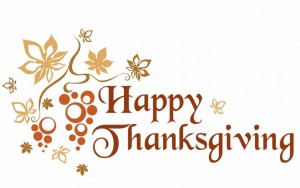 Thanksgiving Day in the United States is a holiday on the fourth Thursday of November. It is observed in U.S Thursday, 24 November, 2016.

Thanksgiving Day is traditionally a day for families and friend to get together for a special meal. The meal often includes a turkey, stuffing, potatoes, cranberry sauce, gravy, pumpkin pie and vegetables. That day giving thanks prayer, feasting, spending time with family, playing football games etc.

Thanksgiving Day is a time for many people to give thanks for what they have or collected at the end of the harvest season. It was originally celebrated as a day of giving thanks for blessings of harvest and of the preceding year. 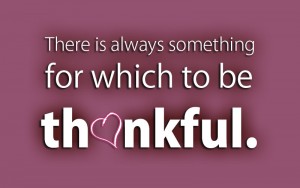 If the only prayers you said in your whole life was “thank you” that would suffice.

He who thanks but with lips

Thanks but in part.

The full, the true Thanksgiving

Comes from the heart.

Wishing this thanksgiving find you with plenty of reasons to give thanks!

Conclusion: True thanksgiving means that we need to thank God for what he has done for us and not to tell him what we have done for him.